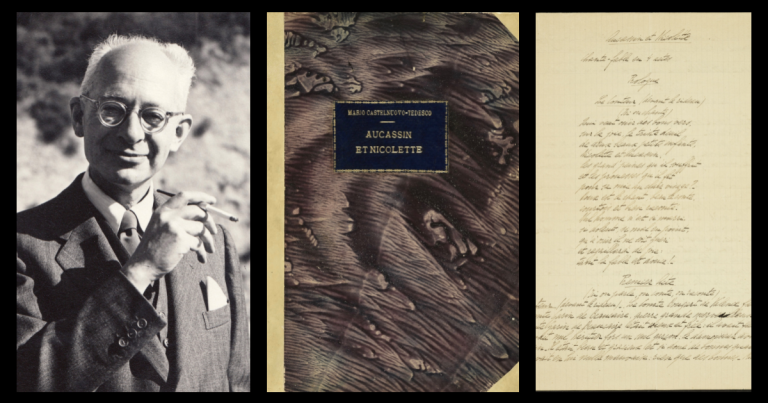 On August 31, 2019, Mario Castelnuovo-Tedesco’s  Aucassin et Nicolette will premiere in its Italian language version at the Teatro Pergolesi in Jesi, Italy.

Written in 1938, just months before Castelnuovo-Tedesco left Italy to emigrate to the United States because of Mussolini’s racial laws, Aucassin et Nicolette is based on a 12th century French chantefable and was conceived for “one voice, some instruments and some marionettes”.
END_OF_DOCUMENT_TOKEN_TO_BE_REPLACED