‘Super Mario’ at the Opera 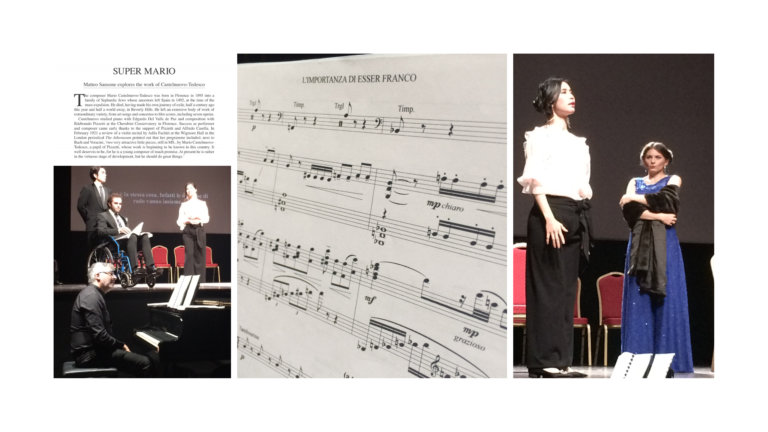 Castelnuovo-Tedesco and his extensive body of work – from art songs to concertos to film scores and operas – are the subject of a profile in the October issue of London-based Opera magazine. Highlighting the October production of the composer’s last opera,  L’Importanza di Esser Franco (The Importance of Being Earnest) by the Conservatorio Cherubini in Florence, Prof. Matteo Sansone notes, “much else of his work remains ripe for rediscovery”.

Photos from Conservatorio di Musica Luigi Cherubini di Firenze production of L’Importanza di Esser Franco at the Teatro dell’Affratellamento di Firenze on 6 and 8 October 2018.  This comic opera in three acts, based on the play by Oscar Wilde, was written with dual libretti (Italian/English) for eight singers, two pianos, and percussion in 1961-62.