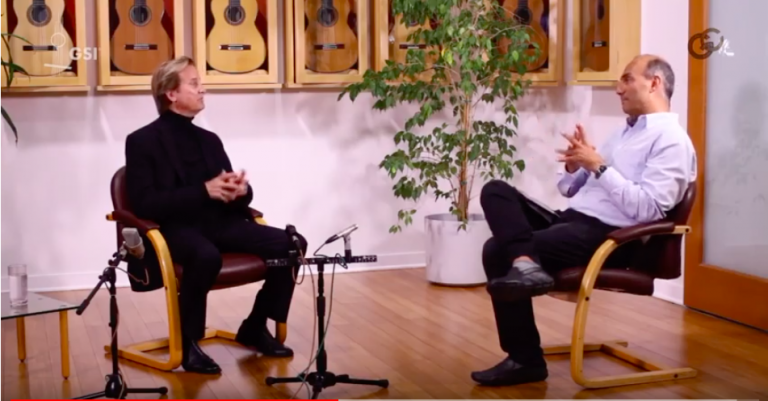 Christopher Parkening still recalls the date: March 10, 1963. On this long-ago evening, he first performed Mario Castelnuovo-Tedesco’s Concerto in D Major, Opus 99 at Royce Hall at the University of California at Los Angeles. In this excerpt from his interview with Marcelo Kayath of the Guitar Coop, Parkening shares his memories of learning the piece, with weekly coaching from the composer, at age 15.

Kayath asked Parkening about the tempi of the concerto, especially of the third movement, “Ritmico e Cavallaresco”. “We got the tempo exactly where he wanted it,” replied Parkening, directing viewers to a recording of the actual performance from 1963 which is included on his CD Grace like a River. You can listen to the movement here.

This information is particularly precious because Castelnuovo-Tedesco was adamant about not including metronome markings on his scores. In his autobiography, Una Vita di Musica,  the composer wrote:  “ I had a real repugnance towards those mechanical indications; and beyond that, I thought they were useless, since, in the ever-changing world of modern music, any precise tempo indication is no longer valid after a few bars, and to be of value you would have to list endless metronome markings.”

Watch the entire four-part interview with Christopher Parkening on the Guitar Coop site.

Thanks to Christopher Parkening for the wonderful anecdotes, to Marcelo Kayath for the excellent questions, and to Guitar Coop for the kind permission to share the video.